I am so excited for this reveal because this was my first interior design I’ve ever done for someone else that wasn’t my own apartment. I’m not a professional interior decorator but I would love to continue building my portfolio and see where it goes!

Kristen reached out to me on Instagram after seeing some of my own interior posts on my page and she wanted to know if I’d be interested in designing her new construction apartment in Astoria. After discussing with her what her goals were I decided this would be a good fit for me and agreed to take on the project.

I had NO idea what to expect or where to even begin but I started with the basics and didn’t put too much emphasis on the final product. I knew the vision would come organically.

Working with a blank slate was a huge advantage! Since her apartment is small I wanted to give her a statement piece that wouldn’t crowd up any space so I decided on an accent wall across her living room. Since we couldn’t do herringbone floors we did a herringbone wall! I sketched up the design and then we had her GC build it for us, because we’re probably not the handiest duo.

Kristen really liked the style of my bedroom and wanted something very similar. I had originally picked out white side tables for her nightstands (I loved them so much!) but she needed storage so we returned them and got these mid century ones.

Stylish Laundry Hampers that Double Down as Decor

Keratin Hair Extensions and Everything You Need to Know

Thank you for stopping by my blog! I am a New York based blogger that is here to share my love for minimalist living, health and wellness, interior, fashion, creative DIY projects & beautiful content - because it's all about a good aesthetic, right?

vixyvixx
•
Follow
Old world charm with a pop of blue. Forever in love with this bridal bouquet •• @winsome_floral #bertabride
View on Instagram |
1/10

vixyvixx
•
Follow
The sweetest is yet to come🍪🥛🎈I had the best time designing this special shower for Baby S - the milk and cookie cart was such a cute touch (a personal favorite for sure)! . . Planning and design: @victoriawagnerevents Balloons: @milan.event.experience Assistant👯‍♀️: @tbabieeee
View on Instagram |
3/10

vixyvixx
•
Follow
Yesterday was a pinch me moment 🧸🤍🍦showered @m.scorso with so much love - & Preggatinis. Thank you for trusting me plan your special day, it was an absolute dream!!!! Can’t wait to meet baby girl 🎀
View on Instagram |
4/10

vixyvixx
•
Follow
Every soul has a twin, a reflection of themselves - the kindred spirit. I love you so much🤍
View on Instagram |
7/10 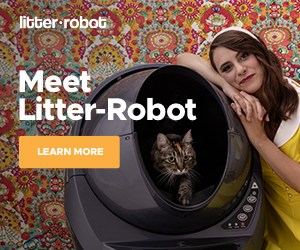